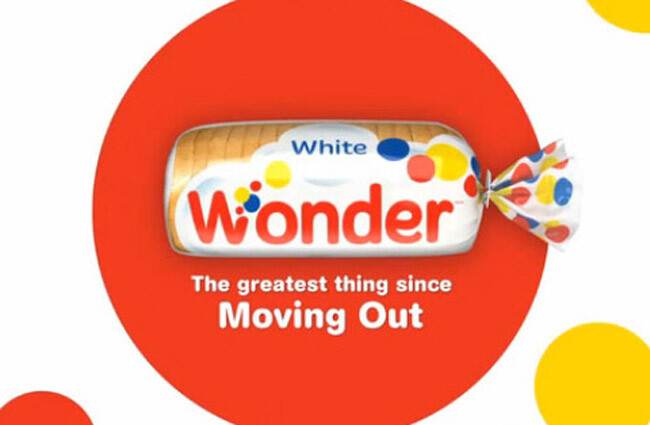 Every now and again, I come across a billboard, commercial or ad campaign that catches my eye. These campaigns tend to revolve around something I love and can relate to; The Toronto Maple Leafs, Under Armour clothing and the Canadian Olympic team are a few that come to mind. The latest ad campaign by Wonder Bread Canada titled “The Greatest Thing Since” is no different.

I can’t honestly say that we’ve only ever purchased Wonder Bread at our house, but the sentiment they’re portraying in this campaign is definitely something that hits home. If you’re unfamiliar with the campaign (which has been driven mostly by television spots), it features a cool stop motion technique of someone making a sandwich. Paired with the visual is a voice over of the sandwich maker talking to a loved one. As the story progresses something funny or charming happens and the ad ends with an image of a perfect loaf of bagged Wonder Bread with the catchphrase “The Greatest Thing Since…” and a word relating to the voiced over story, like “Moving Out”.

They currently have 5 of these videos running in various TV spots; here are a couple of my favorites.

Being a bit of a mamma’s boy myself, of course I love the one about the son cutting off the crusts of bread even after he’s moved out. Even though the joke is intentionally incredibly corny, the “Dad Jokes” one is also pretty good.

What makes this campaign great is the clever spin on the “Greatest Thing Since Sliced Bread” branding and phrase that Wonder Bread helped spawn. It also hits home with anyone who has a corny dad, a loving mom, an older brother or a best friend. Each commercial is targeted at a slightly different audience but reaches each of them on a one-to-one level. It’s likely that everyone you know can relate to at least one of these commercials.

Another reason this campaign really works is the fact that the commercials are short, sweet and to the point. The stop-motion visual draws you in and the charming, funny story keeps you watching; and because the ads are only 15-30 seconds long, you don’t even notice it’s a commercial.

The company behind the advertising campaign is The Hive Inc out of Toronto.

So far it seems that they are sticking to just the TV spots and a bit of social media marketing to get this campaign noticed. It will be interesting to see if they come up with any more commercials, online advertising or print ads to push this campaign even further.

Looking forward to seeing what story they come up with next… perhaps something that involves the dreaded end-piece of the loaf?

More from Sebastian on his Google+ profile.

7 Enticing Benefits to Your Company Starting a Business Blog