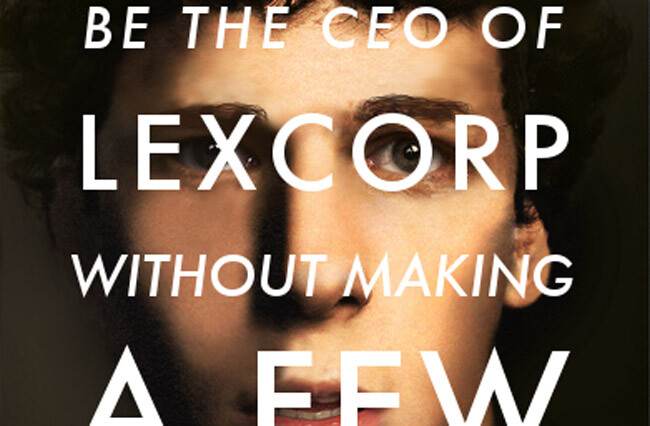 Twitter is a magical place. In one fell swoop, your action can become a Top 10 trending topic that the Twitterverse absolutely adores, or a total debacle which could potentially crush your business’ reputation and send your PR department into a tizzy.

These days, every action, every announcement and every decision you make as a business is deconstructed and analyzed the second it gets put on the web. The more well-known your company is, the more analyzed it gets. I could cite several situations, featuring both large and small companies, where one wrong move on Twitter resulted in potential lost business, lost Followers and, most importantly, lost trust.

Why am I bringing this up now? It’s simple. As we speak, Twitter is going crazy over the fact that director Zack Snyder is planning to cast actor Jesse Eisenberg as the popular Superman villain Lex Luthor. Similar to other decisions Snyder has made regarding the Superman sequel “Superman vs. Batman”, people are up in arms.

Here’s a small selection of the 200 Tweets per second that happened when the Eisenberg announcement leaked. Some are funny, some are harsh, some are pretty creative and some are just down right mean.

Ben Affleck as Batman. Gal Gadot as Wonderwoman. And now Jesse Eisenberg as Lex Luthor…what is this movie going to be called? “Lol”?

Wait, how is Jesse Eisenberg going to run @LexCorp and @Facebook at the same time? http://t.co/Nhanj4Y4Im

Fake Mark Zuckerberg is going to be Lex Luthor? How could I not make this? pic.twitter.com/jkFhOVPPF1

We heard Lex Luthor has a new “Jesse Eisenberg-Inspired” logo for LexCorp.
Seems a tad familiar though… pic.twitter.com/NpsyvGKY3m

Jesse Eisenberg as Lex Luthor? They should have led with that so having Ben Affleck as Batman wouldn’t seem that bad!

You get the point.

So, what’s a big budget movie (or a small or large company) to do when something like this happens? In most cases… just let it pass. People tend to have a short-term memory about things that don’t really affect their lives or their livelihood. So, as long as you’re not hurting people or attacking their character or personal beliefs, chances are your reputation won’t take too much of a hit.

In the case of Jesse Eisenberg and the Superman sequel? All it takes is an amazing trailer and the movie will be right back in the trending topics again… only this time as something people adore.