How Smart Phones Are Changing The Way We Bank 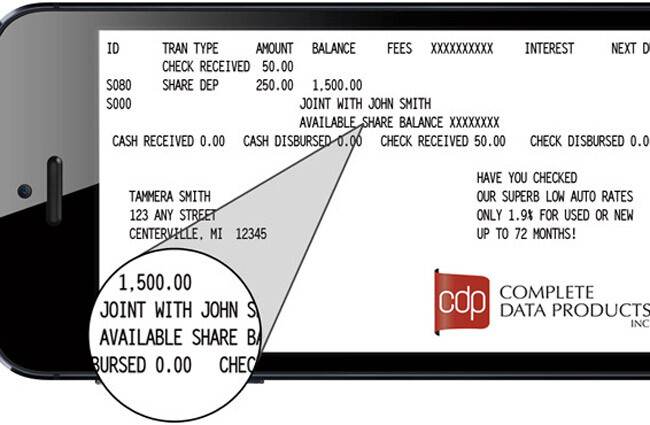 I remember running errands with my grandma when I was younger, it was an all-day affair that included the most boring things: picking up dry cleaning, going to the post office and “doing the banking”. The bank we visited was complete with: huge lobby, red velvet rope to keep all the customers in line, long high counter with the plexi-glass window, the little metal slide through tray and the teller who had to communicate through the little round air vent. The atmosphere was stodgy, cold and impersonal, NOT a fun place. A slip of paper had to be filled out for each transaction, each check entered into a transaction register, because there was no other way to track what was taking place in the account. The ONLY good thing about going to the bank was the potential for a Dum Dum sucker at the end. If anything outside the realm of a deposit or withdrawal was needed, that meant sitting in the lobby until someone other than a teller was available.

Technology advancements in the financial sector are slow to evolve but looking back at that scenario, it’s obvious changes have taken place. From the ATM to the drive up window, phone banking and then the internet, customers have dragged banks into changing and offering more convenience directed features. All of these features eliminate a person’s need to go into the actual branch and to get them back, the promise of a Dum Dum sucker is not enticing enough. This is evidenced by the decline in foot traffic at the bank – as of this year 1 out of 3 Americans don’t even visit their branch anymore.

There is still a portion of the population that demands there be a physical entity and financial institutions realize this need. To accommodate the people that still visit the branch they will notice the physical footprint is now much smaller, the lobby is friendlier, artwork, couch, coffee and snacks are just a few of the changes. Instead of the long walk to the counter there are usually barrier free walk up desks, plexi-glass is gone. No bouncing between people as tellers are cross trained. In the newest branches they have a concierge to greet and direct you to either a live person or one of the new video ATM machines and answer general questions. I’ve visited a few branches that are set up like this and it’s great – I noticed shorter lines and better service. Not everyone wants to drive to a branch but when you do it’s not that bad.

No matter how nice it is – the branch is still not for everyone and financial institutions are finally starting to capitalize on offering services and growing their business without forcing people to come to them. My youngest son, considered a Gen-Y consumer, would be more interested in how he can get things done from wherever he is at that moment. He is part of the 70 million + generation of up and coming spenders & savers. This age group has grown up surrounded by technology and they rely on some portion of it for all their day to day activities. It’s been said that Gen-Y is “plugged in” 24/7. As a general rule they prefer technology over face to face interaction. If it can be done on their phone then they are free to go about their business and that is the preferred method.

Enter the smart phone, various apps and internet based solutions to appeal to this crowd. A smart phone is like having your financial institution on your hip. Frequently used forms (i.e. loans, name change, address change and more) can be accessed via the internet, papers can be digitally signed and extra documents can be uploaded and added all with a smartphone. The smartphone camera can be used to make deposits. Receipts for completed transactions can be sent safely through encrypted email (and stored electronically). In keeping with generational preferences (email over voice, text over email) enter the next logical addition: text receipts. Text receipts are convenient and eco-friendly. No cluttered email box to log into, no paper to file or throw away – just an instant secure text image of the transaction. The pc is not portable, the smart phone is – and with 65% of all Americans owning a smart phone in 2013 – it’s not a fancy trend, it’s a technology that is here to stay.

While your particular financial institution may not have incorporated all of the above features, it’s certain that they are in the process of implementing some of them. If they don’t, they may lose you as a client and they certainly won’t attract the new generation of spenders and savers.

The “Vinest” – A Collection of the Best Vines We’ve Seen