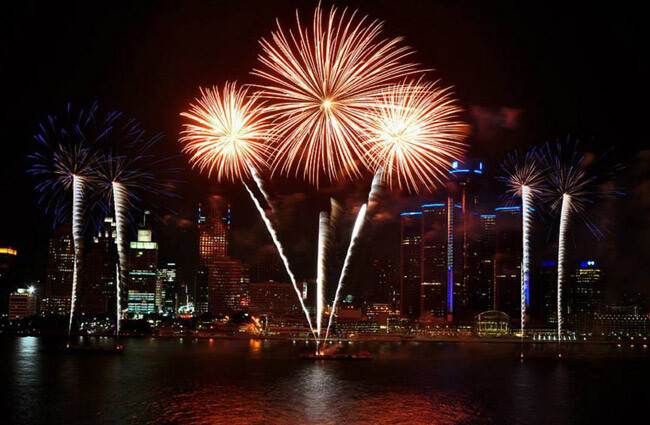 The 55th Annual Ford Fireworks presented by Target took place on the Detroit river on Monday night and for the first time in years, I was able to get one of the most coveted seats in the house.

It was a roughly 25 minute show that brought an estimated 50,000 – 100,000 people down to the edge of both Detroit and Windsor. Men, women and children of all ages contributed to the “Ouu’s” and “Aah’s” of the large crowd. I’m lucky enough to have a friend who lives on the 15th floor of the Le Goyeau condo complex on 111 Riverside Dr. East and he was kind enough to let me setup my Nikon D90 camera on his riverfront balcony to take some pictures.

I’ve seen roughly 25 of the 55 Ford Fireworks shows in my life, but none allowed me to get pictures like these.

Each shot was roughly 2-4 seconds in length and taken at F-stop 13. I used only one lens, my 18-70mm F3.5. Hope you enjoy looking at these pictures as much as I enjoyed taking them!

Didn’t we already win? A cross-border view of the Detroit-Windsor pitch for Amazon’s HQ2