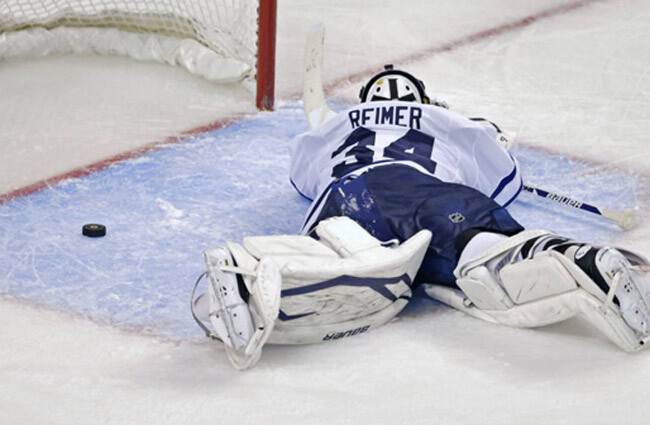 Between Sunday and Monday night, I watched a combined 5-7 hours of NHL playoff hockey. Why? For two reasons; 1) The Toronto Maple Leafs were playing, and 2) one of those two games was a game 7.

Game 7’s in the NHL playoffs are must-watch TV and can’t be compared to any other professional sport. Sure baseball and basketball can go to Game 7 but the difference in hockey is every detail matters. The forchecking, the icings, the offisides, the hits, the goals, the penalties. One mistake in any of those areas could cost your team not only the game, but the season as well.

On Monday night, the Leafs had one of the greatest playoff game 7 collapses of all time and after going through the 5 stages of grief (I spent a ton of time on 1 and 2, not really sure I’ve actually gotten to 5 yet), I realized that playoff game 7’s are a lot like advertising, marketing or web design pitches. Let me explain…

They Take a Lot of Preparation

Like a playoff game 7, RFP’s or pitches take quite a bit of time to setup and execute. Depending on the size of the RFP (Request for Proposal), a team can spend hours and hours preparing. This is similar to the length of time a team would prepare for not only the game 7, but the playoffs in general. 82 games plus the 6+ games it takes to get to a game 7 are no joke.

They are Always a Complete Team Effort

The similarities between the two cannot be more evident than in this heading. When we prepare a pitch here at DMG the entire team usually has at least some hand in the preparation. Whether it is creative, administration, or programming, everyone offers their skills. Similarly in hockey, no one player can carry an entire team to a victory. You may get a hot goalie that does 80% of the work, but you’ll always need the rest of the team for that extra 20%. Same goes for advertising, maybe the creative is so amazing that it accounts for 80% of the success, but administration and programming always play a part.

Most clients who put out an RFP or request a pitch aren’t just meeting with one company. They often request that at least 2 or possibly more companies present ideas to them. This is very similar to the head to head battle on the ice. Two teams competing for the same prize, winner keeps playing, loser goes home.

There is Heartbreak When You Lose

Eighty-two game seasons are long, tough on the body and tough on the mind. Losing a game 7 before winning a single playoff series is one of the most disappointing things you can have happen, especially if it happens suddenly. Losing an advertising pitch is usually just as gut wrenching because of all the time, effort and thought put into it. Receiving that call that you haven’t won the job has to feel a lot like getting scored on in the overtime of a game 7. All that hope, all that promise, washed away in a single second.

That hockey game will haunt me until the day I die…

There is Jubilation When You Win

This one is pretty self explanatory. The winning team gets to move on to the next round. They’ve won the series. There is nothing quite like winning an RFP, especially when you’ve competed against some of the best companies in the industry. Being an underdog and getting a win is even more satisfactory. Knowing you had a slim chance and still pulling out the win is always a reason to pop the champagne bottles.

Much like the Boston Bruins or Detroit Red Wings, DMG is more on the popping champagne bottles side of things than the Toronto Maple Leafs 5 stages of grief side. Thankfully I picked at least one winner in my life, as for the Leafs… I suppose there’s always next year.

The Strategy Behind Design